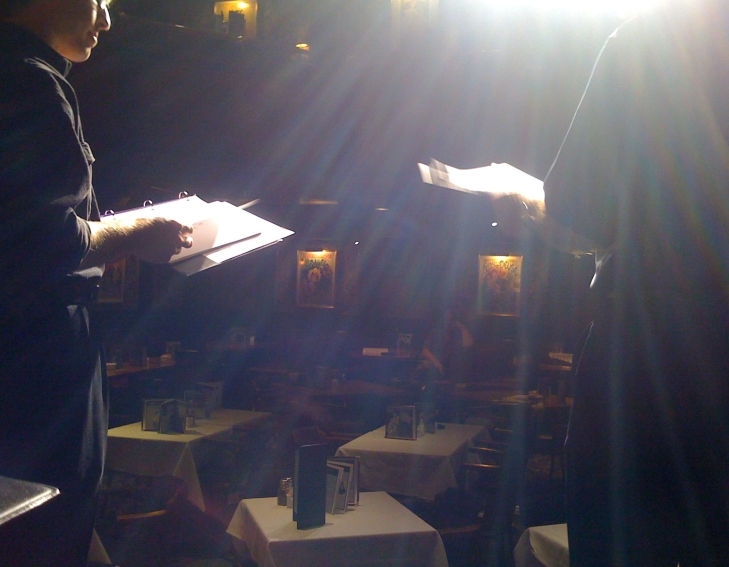 There are a lot of lights on you when you’re on stage. Looking out into the distance and blinded by the stage lights, it’s almost as if you were alone. And to a certain degree, you are… alone, naked for all to see. Except that you are not YOU; you are playing the part of someone else. So your nakedness is almost a lie.

I started taking acting lessons while in Florida. I miss the classes. It was mostly a coaching session on how to audition.

My coach invited me to be a part of a reading at a small theater. It was for an annual project they do with a high school. Short scripts are written by teens in a theater or film program, and the few that are selected are performed as a staged reading during a film festival.

The image above is my point of view on the small stage. I took the picture with my iPhone during a rehearsal. It was a lot of fun. For one night, I was an abusive father, a boyfriend, and the ghost of a dead brother. And for those brief moments, I disappeared into the electricity of it all.

Maybe it’s just me, but I think all performers fall in love with that electricity. There is an energy that fills the air with dread as fireworks pop loudly in your ears, and then… the curtain opens.

Did people show? Is my family here to see me? Will they be able to hear me? Before you know it, you’ve vanished into the pools of blinding light, into a naked lie of someone or something else.