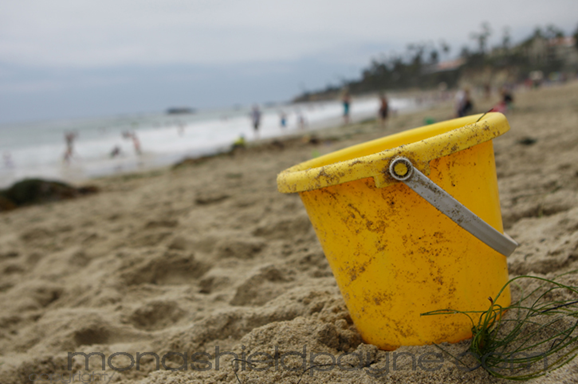 “What’s on your bucket list?” asked a close friend of mine during lunch one day.

I must have had a confused gleam in my eye because, after about three seconds, she clarified. “Name three things you want to accomplish before you die… or by the end of 2010! A bucket list is supposed to be items to do before you die, but we are young so let’s not wait until we’re old to accomplish those things. So… what are three things you want to do by the end of 2010?”

I needed some time to think about it.

Maybe this is something I should have thought about at the beginning of the year. You know: New Year’s resolutions! But I was never successful with those, in keeping up with them or even creating them.

I have taken a seminar, or read an article, or heard a podcast about goals. Most people mention that all goals should include a target date or time frame so that it works like a deadline. For example, one goal could be, “I’ll gain 10 pounds of muscle in six months.” Or, “I’ll put $1000 in my savings within nine months.”

But an important key is to make them attainable: based on reality. Avoid far-reaching goals that can set you up for failure. Save $1 million in a month, for example. There is no way to save that much money in one month.

(1) Audition for a play. (2) Create a short film/video. (3) Start a web design business. That’s what I answered my friend.